After leaving Okinawa on 14th I arrived to Paris airport on 15th in the morning. I joined Mr. Tsugita of cabinet office who arrived in Paris one day earlier; and we went to Ljubljana, capital of Slovenia.  We got into a car and came to Bled, the place which is 30 minutes away from the airport.  It is a very beautiful place with green landscapes and is somewhat similar to Hakone in Japan.  We checked into the Hotel ‘Vila Bled’ near a lake known as “Lake Bled.”  I hear that President Tito stayed at this hotel in the time when Slovenia was part of Yugoslavia.  This hotel is pretty good.

I think many people remember Slovenia as a place of Yugoslavia strife along with Croatia, Bosnia, Kosovo, Macedonia etc.  Fortunately, Slovenian troubles related to the separation from Federal Republic of Yugoslavia ended within a short period of 10 days and with a small sacrifice, it became independent in 1991.  The population is about 2 million.  Population of capital city Ljubljana is 300 thousand out of which 50 thousand are students, so it is the city of young people.  The town is calm and beautiful. 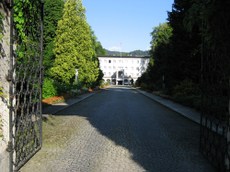 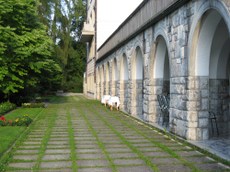 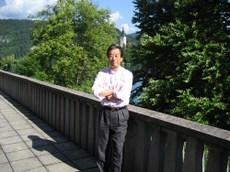 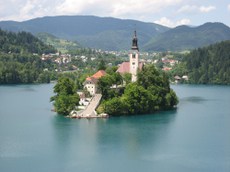 I came here to participate in the G8 Science Advisors’ Conference (alias, “Carnegie conference”). This conference was started 15 years ago under the initiative of Carnegie foundation and is held twice every year.  Though the name of Carnegie still remains, now it operates independently.  Originally it was G7 conference but it became G8 as Russia has joined due to the breakup of the Soviet Union. EU is also a part of it.  From England, America, Canada and Japan Science Advisors of government leaders attend this conference; where as from EU the cabinet ministers taking care of scientific policies participate. So from some countries in EU, Ministers of education are attending.

This time, the host is Minister (Commissioner) in charge of science of EU and since Dr. Janez Potocnik from Slovenia is the Commissioner of Science and Technology of EU, this conference is held here. I heard that he has specialized in Economics. He is a young, well-organized and brilliant person. It is no wonder that he is working as the commissioner of EU for 3 years. 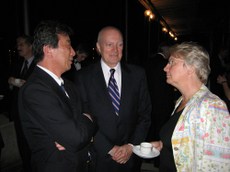 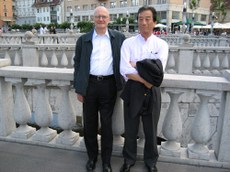 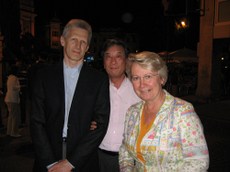 Photo7: with Dr. Andrei Fursenko of Russia and Dr. Schavan, Minister of Education 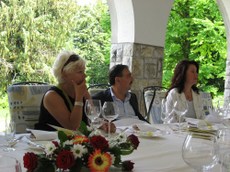 Photo8: Fabio Mussi, Education Minister of Italy (in the center)

Photo9: with Sir King of England 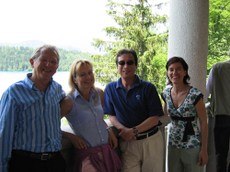 Photo10: with Sir King and staff of Dr.Potocnik 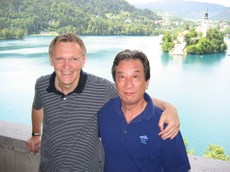 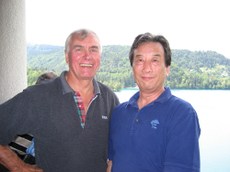 (Dr. Valerie Pecresse, newly appointed Minister of Higher education and Science of France have also participated but unfortunately, I could not get an opportunity to take a photograph since she returned on the same day.)

At the G8 summit in Germany (Heilgendamm summit), as was expected, it turned out that the discussion between EU headed by Dr. Merkel, Prime minister of Germany and United states regarding the issue of emission of carbodioxide did not get to agreement (so it seemed and I heard the same observation directly from officials of Ministry of Foreign Affairs and Prime Minister) and the matter seemed to have settled to current status of common target “50% in the Year 2050” proposed by Prime Minister Abe after the break.  This agreement was appreciated by American and British scientific advisors.  Since the political situation in Japan is too loaded with problems, it seems that the mass media did not cover much about what happened here (I haven’t checked the reports in Japan either since I was at overseas during G8 Summit).

Thanks to my Sherpa who lead the way and Mr. Tsugita from Cabinet Office of Japan who accompanied me.

Next G8 Science Advisors’ Conference will be held in England in December and the one after next will take place in Japan before the G8 Summit (Japan) in April next year.