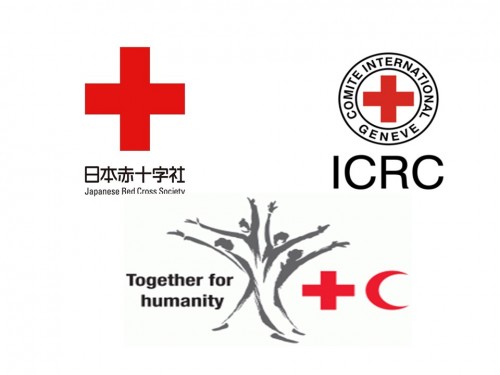 On October 27th, the Third Reference Group Meeting on Nuclear and Radiological Emergency Preparedness (Japanese) was held in Fukushima City.

It was the third meeting in this series but the first to be held in Japan. I was invited to give the keynote speech.

The main points of my speech were to explain the purpose and process of the National Diet of Japan Fukushima Nuclear Accident Independent Investigation Commission (NAIIC), within the context of the rapidly changing world. I also showed the video of the Simplest Explanation of NAIIC and introduced ‘SafeCast’, a new system for documenting and sharing radiation readings, which is suitable for the global era. Lastly, I touched upon the significance of the role of the Red Cross, a brand name organization with an international network that is independent from governments and politics.

After my speech, a group of seven high school students gave a presentation on their activities, which they started after watching the Simplest Explanation of NAIIC video and thinking about what they could do as individuals. They gave an amazing presentation in English, despite the fact that none of them had lived abroad for a long period of time. They must have put in tremendous efforts and preparation into the presentation. I felt that the whole audience was very moved by their presentation.

After the conference, I expressed my wishes to the Red Cross to develop greater cross-border networks with such youth through the activities of the International Red Cross.